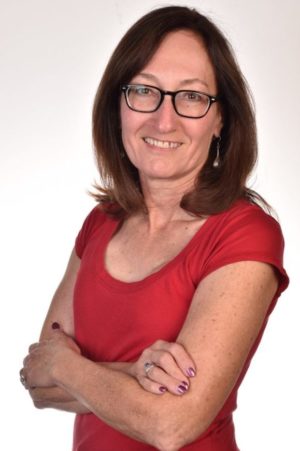 It was a new millennium. Science and technology were exploding. Screening for the BRCA 1/2 mutation was in its infancy. Melissa Turner, then 43 years old, wanted to be tested to see if she had the BRCA 1/2 mutation, but it largely was not covered by insurance companies, and it was a costly out-of-pocket expense. Nevertheless, Melissa knew she had to find a way.
“For me, it was this lovely connection to prove, yes or no, that we had a BRCA issue,” she said.
Melissa had been through two bouts of breast cancer. First, in 1987, as a young mom. Then, ten years later, when cancer was found in her other breast. During that course of treatment Melissa chose to have a bilateral mastectomy.
Soon after her original diagnosis, some of Melissa’s immediate family members also heard the words, “You have breast cancer.” Her mother, in 1988. Her younger sister, in the late ’90s. Many years earlier, Melissa’s grandmother had passed away from what the family assumed was ovarian cancer.
A pathway to answers
Determined to find a way to get genetic testing, Melissa got wind of a study conducted by Denver-area researchers in 2000. She said they were investigating the incidence of the BRCA mutation among Jewish women of Eastern European descent. Melissa was eligible for the study.
“I don’t think I would’ve done [the testing] without [the study],” she said.
Melissa’s results: Positive for the BRCA 2 mutation.
With this knowledge, Melissa encouraged her family to get tested, as well.
“I think information is power,” she said. “I was able to provide my results to my cousins and my sisters on that side of my family, and, because of that information, almost all of them got tested.”
Melissa’s sister who previously had been diagnosed opted not to get tested. But another sister, who lives with an autoimmune disorder that affects the adrenal glands, did receive the test. Like Melissa, she was BRCA 2 positive. She elected to have preventive surgery.
“[Her] doctor told her that if she got cancer she would not be able to live through the chemo [because of her autoimmune disease]. The results of her genetic testing…saved her life,” Melissa said.
In addition to her sister, both of Melissa’s children and a cousin are BRCA positive.
Getting genetic testing is a personal decision. For some, anxiety and fear can stem from the test’s outcome. Not everyone in Melissa’s family chose to be tested.
But for those who did, Melissa said, “It allowed us to have specific data to give to medical providers so they could help us to have the right treatment options. It allowed us to help make the tough decisions on how we would, in my daughter’s words, kick cancer’s ***.”
Today, genetic testing is available at no cost for families like Melissa’s due to the Affordable Care Act.
Inspiration in giving back
This will be Melissa’s 25th year fundraising for the Komen Colorado Race for the Cure. She has been very involved as a volunteer at Komen Colorado through the years. Melissa served on the Race committee and has been a multi-year Star in Pink for the organization – the designation awarded to the top 100 fund-raisers at Race for the Cure each year. For Melissa, Race for the Cure reenergizes her energy for the cause. She described Race as a “spirit booster shot.”
“Every year I go to the Race for the Cure and look at everybody who’s participating and [I] feel the energy and their positivity. And for 25 years, I leave the Race always, always, always believing that there’s no way with all this energy, here in Denver, across the us, and across the world, that someday, somehow, there’s just got to be an answer,” Melissa said.
“I just refuse to believe that when people put that much energy and passion and spirit into a cause that it won’t come true. Of course it will. I believe it completely will.”
Awareness to action
Melissa added she is excited about Komen’s Bold Goal, announced in fall 2016, to reduce the number of American breast cancer deaths by half by 2026. Komen will tackle this goal by focusing research on better treatments for aggressive and metastatic breast cancer; finding ways to detect breast cancer earlier to prevent recurrences; and address racial and ethnic disparities that hinder access to care and affect patient outcomes.
“Everybody knows about breast cancer, but what are we really doing about the cure piece?” Melissa pondered. “I’m really glad [Komen is] moving to action.”