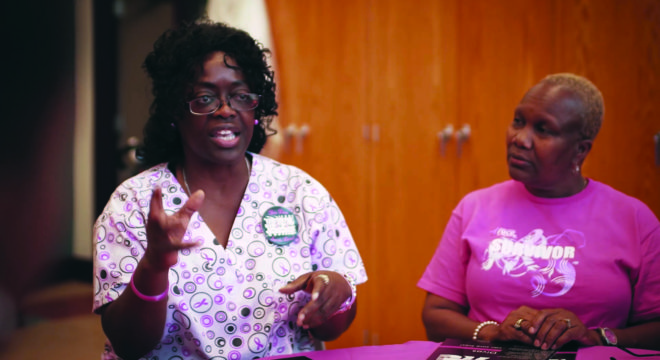 To realize this goal, Komen has placed more emphasis on medically underserved communities by promoting equity in early detection and access to and completion of effective treatment. In Colorado, there is a significant focus on Hispanic/Latina women who are not screened as frequently as non-Hispanic/Latina women. This lag in screening increases the risk of advanced-stage diagnosis.

With the goals to reduce late-stage diagnoses and decrease mortality gaps, Komen has also put more research dollars into prevention of and improved treatments for metastatic disease, an incurable breast cancer, which accounts for the majority of deaths from breast cancer.

⇐ Breast Cancers Are Diagnosed Every Day, Every Year
Snowshoe for the Cure Participant to Celebrate 30 Years of Survivorship ⇒
Go to Top