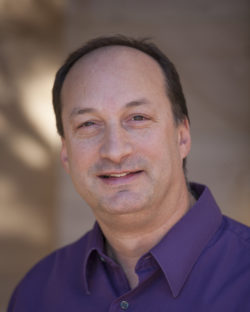 Like most Pink Tie Guys, former State Representative Paul Weissman, now Boulder County treasurer, never expected to be a 2018 Pink Tie Guy. While being a Pink Tie Guy is an honor, it’s a title that often is draped in loss and sadness.

Paul lost his sister, Ruth Schrichte, to breast cancer. At the time, her daughters were still in school. While no family deserves to lose a loved one to this disease, the loss seems more severe when children are involved.

Before Ruth died, she made sure her girls would be cared for, and Paul would be the one to manage their affairs.

Susan G. Komen® Colorado CEO Dianne Primavera writes in Paul’s nomination, “He met with her girls to make sure they were comfortable with the arrangement that their mom and Paul made…they were so lucky to have such a loving uncle.”

“My sister put them in a position to be successful. It wasn’t anything I did,” Paul told Komen Colorado. “It’s not easy when your mother dies. [Ruth’s arrangements] made it easier for their transition. They didn’t have to worry about the house, financials, health insurance and all that stuff.”

Paul’s profound loss also influenced his time at the statehouse. He supported a number of cancer-related bills, including the Breast Cancer Special License Plate bill and the Health Coverage during Clinical Trial legislation.

“This type of legislation would have happened if [Ruth] had not died,” Paul said. “But it makes is more important when you have a direct tie.”

Today, Paul’s nieces are grown and doing well. His hope for the future is researchers will continue to find targeted treatments for breast cancers.

“There’s not a common treatment like when you get hepatitis or name the disease. It’s not the same disease or treatment. It’s a strange duck,” Paul said. “They need to continue to put the resources into figuring that out. I think that’s critical.”